Of stretch roles and designed to fail roles

Stretch roles are very popular these days as a development tool especially for high-potential employees. They provide an opportunity for accelerated learning. They can also lead to significant value creation that can benefit both the organization and the (credentials of the) employee.


So what is the problem? It is just that we often tend to be too ambitious when it comes to the degree of stretch in a stretch role. Hence we end up creating a 'designed to fail role' (with an impossible degree of stretch) instead of a stretch role. When we move a top talent into that role the result is often failure to meet the role expectations. If not handled properly, this can also end up as a 'career-limiting move' with the confidence and the credentials of the top talent getting adversely affected. So its is very important to differentiate between a 'stretch role' and a 'designed to fail' role and to get the degree of stretch in the role correct. Also there must be a clear exit plan (e.g. a defined timeframe in which the top talent would be moved out of the stretch role if it doesn't work out).


There is one important exception to this. It is possible that many of the employees who are classified as 'top talent'  haven't really experienced failure in their life & careers (or have become experts in sidestepping failure). This can limit their capability for 'double-loop learning' as they haven't yet been forced (by failure) to examine their underlying values, assumptions and mental models. In such a case a 'designed to fail' role might not be a bad idea so long as sufficient support systems (like coaching to help the employee to cope with and to enable double-loop learning from the failure) and safety nets (like protecting the performance bonus, salary increases and career advancement of the top talent to some extent) have been put in place to ensure that the failure is not catastrophic for either the organization or the individual. (See 'Of leaders and battle-scars' for an unorthodox perspective on leadership and failure)


So, what should be infer? Stretch roles are indeed valuable development tools if we design them correctly. We just need to be careful that in our enthusiasm to stretch the (high-potential) employee we don't end up putting them in career-limiting roles!
Posted by Prasad Kurian at 8:57 PM 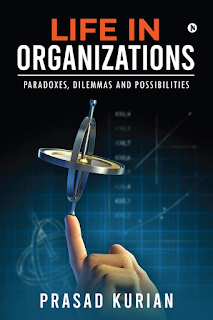